A Meal in Manhattan: Totto Ramen

Although there was a time in my life when I traveled to New York City frequently, I hadn’t been there for, oh, almost 20 years until a few days ago.  I was there for just enough time to take a long walk, a flute lesson, and a meal.

Long walk:
Moss, grey skies, and Gilded Age architecture are seldom seen in Tucson.  I found it all in Central Park, along with springtime blooms I probably haven’t seen since childhood. 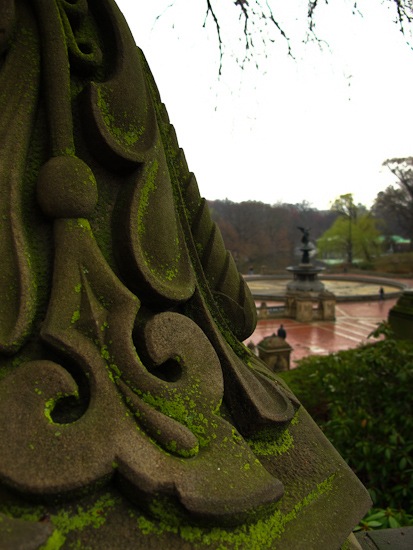 Zabar’s, long lost friend!   Their cheese selection (the photo shows perhaps a third of it) was even gargantuan-er than I recalled and had me buckling at the knees. I stood around and, well, breathed deeply in the coffee roasting area, held captive by the scent of that day’s portion of the over 8,000 pounds of beans they sell weekly. 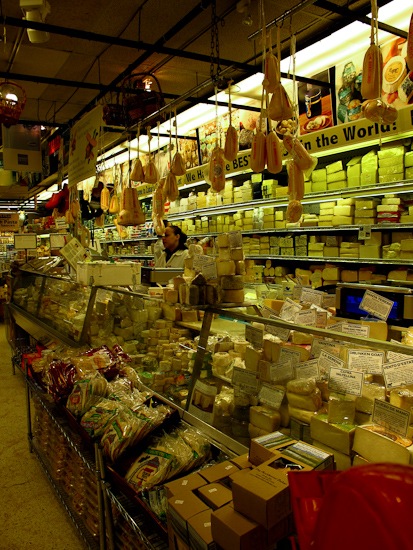 One Meal:
One??   I nearly cracked under the pressure.  As much as I would have loved to have spent my evening at Thomas Keller’s Per Se (widely accepted as the best American born chef ever), or Le Veau d'Or, perhaps the only remaining palace of French Haute Cuisine, with a lineage that goes back to Escoffier himself, and from which all our current superstar chefs eventually derive, I already had my blow out meal of the decade in 2010*.  Part Urban Spoon spin of the wheel, part research,  part mood, part budget... many factors landed me at the doorstep of Totto Ramen on West 52nd Street. I can pick ‘em for sure – there was a line out the door.

I’ve yet to take a decent picture of soup, largely because the steam fogs my camera lens, and I am wholly unwilling to let my soup get cold so it photographs better.  This is the reason you have not seen a second installment of keeping warm in winter, have not heard my rant about how even respected food bloggers think miso soup is made by stirring miso into hot water (wrong!  it goes into hot dashi which is nothing more than a seaweed and fish flake tisane),  and have not seen my handmade soba noodles (quite the different beast than that Italian pasta I quickly learned!) in tsuyu. 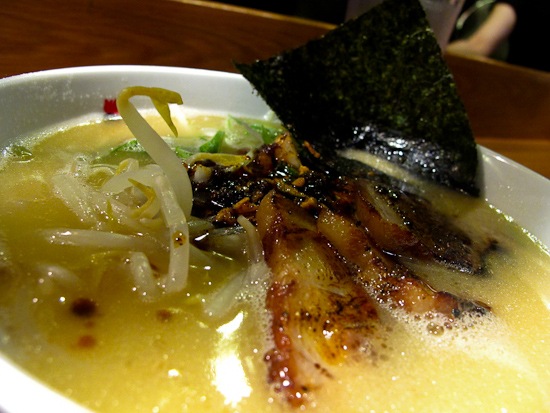 A ramen house is a simple place to slurp noodles, nothing more.  But what a pleasure it can be when assembled from ingredients of as high a quality as this bowl was!  I opted for the Spicy Totto Ramen, a Tokyo style dish assembled before my eyes with a scoop from the vat of liquid gold chicken broth seasoned with just the right amount of soy sauce, freshly made chewy springy noodles, pork that was finished by blow torch, scallions, sprouts, a pretty little square of nori, and a healthy dollop of rayu, that spicy sesame oil condiment loaded with chiles.  Yup, they nailed it.

If you haven’t guessed it already, then you clearly haven’t been paying attention.  I wasn’t home but a few hours before I was attempting my own hand pulled noodles, being made by a master in the following video.  Silly good fun, and delicious**. 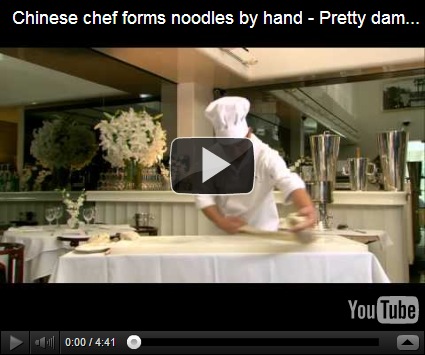 *I could argue that the 2010 meal was from last decade, and I am due for another...  Hmm.
**Go right ahead - you try to do this and take a photo without an extra set of hands.  Not to mention the fact that my camera has to go in for repair again because I never wash the flour off my hands before photographing my pastas.