No Excuses. Well, yeah, some excuses. (A Number of Occasional Other Matters)

If you’ve been following my Sort Of Sabbatical Phase One By The Day Posts, you probably decided long ago that I finally succumbed to the spectacularly distracting Pacific Coast Highway views and crashed the Ducati into sparkling azure sea.

Today I thought, as a writing exercise, I’d relate the long list of excuses that brought my posting to a halt.   Do enjoy!

My computer has been acting suspiciously since my return from Sort of Sabbatical Phase One.  Specifically, it has been giving me error messages when I back up my data.  I have, mostly, been successfully ignoring this problem (Me - 1, Computer - 0!), except for the minor side effect that I am not particularly motivated to work on my photographs if there’s a decent possibility I might lose all my work.  Surely you understand.

Then I went on Sort of Sabbatical Phase Two.  Of course I took photos. You’ll see them later.

Then I came back.*  My computer did not fix itself in my absence.  Harrumph. (Computer - 1, Me - 0) After some time-consuming yet unsuccessful attempts to rectify the problem, I went back to my original plan, namely, ignoring the problem.  Not surprisingly, this tactic brought on those same pesky minor side effects.

Then I went on Sort of Sabbatical: Epilogue.  Of course I took photos.  You’ll see them later.

Then I was sequestered, pretty much without internet or phone, for a week in a tiny town in northern New Mexico.  I lived in a retrofitted Airstream trailer, complete with kitchen and farm animals.  I didn’t eat any of the farm animals, but I did  have some two-thumbs-up tapas at La Boca in Santa Fe.  Overall, the week was fantastically hilarious. 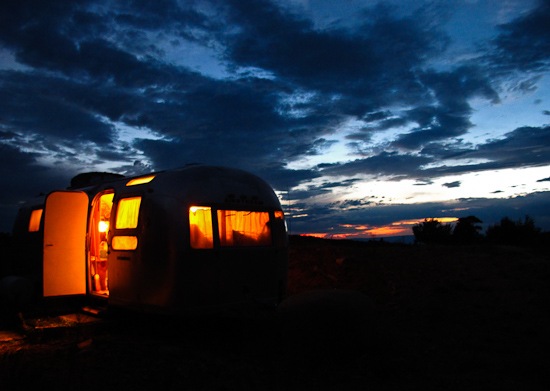 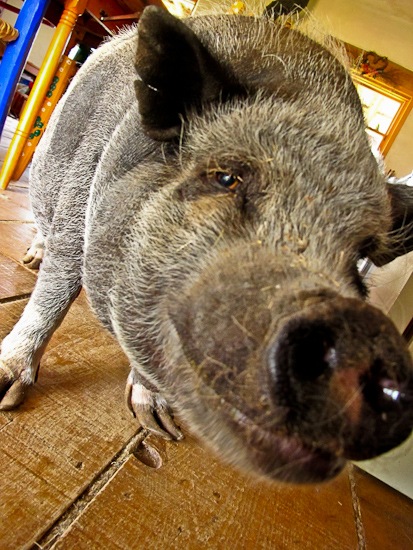 Do I have to say that by the time I finally made my way back to Tucson, my computer still wouldn’t back up correctly?**  Heal thyself! (Please?)

Then there was the matter of my last post.  I was, for a time, rather distracted by it all.   Recently, I saw a dead dove in the middle of the street.  Its body was crushed, with one delicate wing miraculously still reaching skyward.  I wish I had taken a photo of it.  Because that’s exactly what it feels like to be run over by a bus.  I know, because just as surely as Julia was betrayed by Winston,*** I was thrown under the bus in a manner so clever I almost admire it, by someone who was (supposedly) my greatest ally.  Pfft.  Not exactly the stuff of superheroes.

Then it was September.  It’s generally a lovely month. I ease myself gently back into work, while enjoying all the local day rides I haven’t seen since May. Except this September I was leisurely repairing the Ducati in time for a track day at the end of the month.  (You’ll find out why the Ducati needed repairs round about, oh, Sort of Sabbatical Phase One Day 25, give or take.)  Leisurely making repairs?  More along the lines of “leisurely inflicting further damage.”  No, I didn’t have it fixed in time for the track day.  I still don’t have it fixed.

Then I decided perhaps it would be more efficient to drive 26 hours to retrieve my Kawasaki, which had been residing in TX, than to fix the Ducati.

Then there was the short but all consuming project of my very first paid food photography gig.  I was actually paid (still waiting on the check, to be honest) to cook and photograph the process of making a certain risotto recipe****. I borrowed a decent camera, turned my little house into a photo studio, cleaned my stove, and took the requested five specific photographs.  If I’m lucky, it’ll boil down to minimum wage.  But it was amusing, and I got to eat a great deal of risotto over the next few days.


Then October hit me like a 12" All-Clad Saute Pan.  I’m still standing here blinking stupidly from the how-did-I-not-see-this-coming avalanche of work.  Speaking of side effects, however, it is nice to finally have some paychecks rolling in.

And my last excuse?  I have a new friend in my life!  Remember this sad day?  Well, I’ve been dog-less and dog-longing ever since.  (No sense in getting a dog before the Sort of Sabbatical).

There.   No more excuses. Except neither the computer nor the Ducati work yet. And now I have to borrow a proper camera to get a proper beagle portrait.

*By that I mean I continued on to UT.  To work.  A tiny bit.  And ride more.
** Yes, I should just buy a new one.  Or at least reinstall the OS to rule that out as the problem. (I really don't think it is.)  But the amount of work (and frustration) required by either of those things makes Ducati repair seem like fun.
*** "Do it to Julia!" he cries, when faced with his greatest fear, in George Orwell's 1984.  To be fair, Julia also betrayed Winston in Room 101, we just have fewer details. I still hold some respect for both Julia and Winston, though, based on their circumstances and the final scene where they actually own up to it.
****Shrimp, chile, pine nuts, carrots, and black olives?  Really?  I suppose I wasn't paid to approve of the recipe, just to make and photograph it.  What a silly use of some expensive ingredients.

Thanks, redninja! She's a sweetie. And she just learned the command "Get out of my kitchen!" That's an important one around here!

Nice to hear from you! And congratulations on Miss Molly. Hope you get the Duc running again soon. I can't help much with the computer. My own theory is that electrons mainly exist to frustrate people, and that little good can come from devices that shuffle them around too much. ;D

I think you may be right about that electron thing. I also choose to ignore the Duc fuse that blows the moment I replace it. (Who needs a right turn sig and a horn, anyway?)
I worked on the bike a good 10 minutes today, AND MANAGED NOT TO INFLICT ANY FURTHER DAMAGE! Woo hoo! Progress.

Aha! That explains why she picked up on that so quickly. I think we'll both enjoy the process of getting her fit again - she's loving the walks. (But is completely baffled that I don't feed her from the table or counter!)

Your food pics put me to shame. I need a serious lighting upgrade in my kitchen. Hello Molly!!!! She really is so very cute. I'm happy you have a dog again.

My "usual" blog food system is to turn on every light in the house and set the white balance manually. It works pretty well for the blog, although for these shots, I did end up clipping lights everywhere and putting up funny makeshift glare blocker things (also everywhere). Took forever!
LOVING my new girl Molly! We're just out the door for a walk.

So this is the younger Molly. How cute! So glad you got to be her mom!