What the Rain Brings*… (and a Bonus Gear Review, for Those That Care)

So, yeah, it’s been raining a bit lately.  Our monsoon can certainly be disadvantageous when riding a motorcycle, but it does have its perks.  To wit:

Water in our rivers… 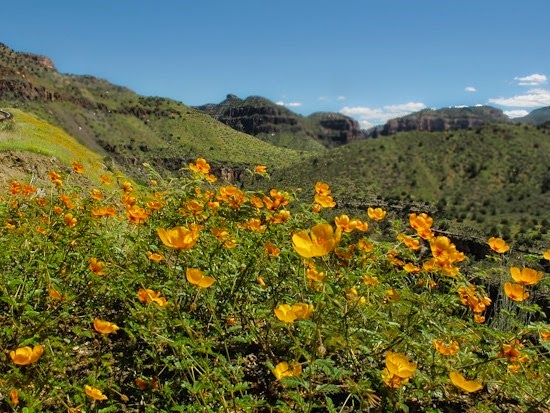 
Earlier this month, the Ducati, my Rough Rider Happy Pig Mushroom Hunter's Knife,** and I spent three days camping and riding roads I love (Salt River Canyon, AZ 191/Coronado Trail Scenic Byway, and Mount Graham’s Swift Trail Parkway), with a little stop to join a guided mushroom foray.  Not all my finds made the cargo cut (I’m going to have to do something about that!), but I did bring home a respectable little haul.

In addition to the prize shown above, the fruits of my labors included two types of porcini cousins, a big White King Bolete (Boletus barrowsii) and several Aspen Boletes (Leccinum insigne); oyster mushrooms (Pleurotus ostreatus), and that mycological two-for-one fungi, lobster mushrooms (Hypomyces lactifluorum).  When I think what they would have cost me at Whole Foods… well, maybe that Ducati is going to finally start paying for herself!***

Three days in a motorcycle top box doesn’t do much for mushrooms.


What activity could be truer to the Eating on Two Wheels philosophy than tearing through canyons and across mountains, with an occasional stop to harvest wild mushrooms?

Gear Review with Preliminary Ranting:
About a year ago, I broke down and bought a textile “ADV” touring suit.  This was no small thing for me, because until then I’d only been willing to wear gear that was considered good enough for the track when riding on the street.  Call me crazy, but I’m pretty conservative about the sort of gear I trust with my personal safety.  But dirt and mud does not do much for leather, as it turns out, and at my equally conservative off-road speeds in the desert, one can argue that the danger of heat exhaustion quickly becomes just as clear and present as the danger of a “get-off.”  I really, really  wanted an Olympia X-Moto suit, and actually waited a season or two for one, but  - phooey on you, Olympia!!, - despite my hounding, they still won’t offer it for women. (I think the entire line is now discontinued.)  Until now, I’d only worn my new suit on Li’l Burro adventures, but I made an exception for this trip, and wore it on the Ducati. It’s simply easier to fit a hiking (or mushroom hunting, in this case) outfit on under this suit than my usual touring/track gear.

I’m going to take this opportunity to rant about a few "design features" of much of the all season gear available, first.  Hello?  Gear designers? Are you listening??
Okay, now that I’ve gotten that out of my system, I’ll admit that, overall, I do like my Firstgear suit. Here are the details.