The Morning After: Holidays 2014

So yeah, the holidays are over, and I feel a bit like this leftover cake. A bit weary, a little melted… where did the time go??


I’ll tell you where.

On Thanksgiving Tuesday, I made a pot of gold, or, if you insist on being specific, a pot of turkey stock.  On Wednesday, I poached a 14lb turkey in it, transforming that pot of gold into something even better. Pot of platinum?  Pot of gold, squared?  At least! I browned that bird in a roaring oven on Thursday, and, as we sat down to eat, swore I would never cook a turkey any other way again. After the gravy and, later, the soup, I strongly encourage you to slowly boil the quarts and quarts of liquid gold you still have left as long as you dare. If you hold out for a supersonically savory syrup and freeze it in an ice cube tray, you will have veritable neutron bombs of turkey-ness at your disposal.  Handle them with the care and respect they deserve.

For Christmas I had important tasks at hand, like making teeny tiny camel spritz cookies and a couple pounds of peppermint bark, eating gingerbread men before getting around to decorating them, and building the aforementioned Triple Chocolate Mousse Cake. 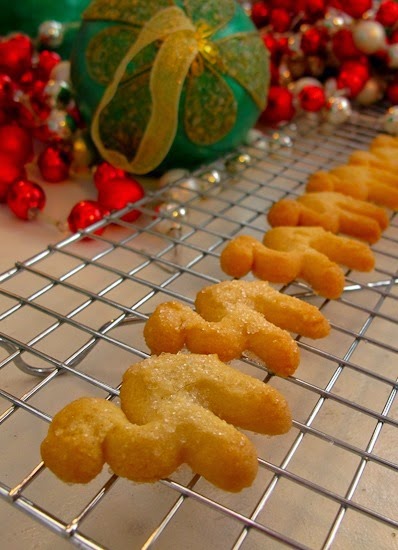 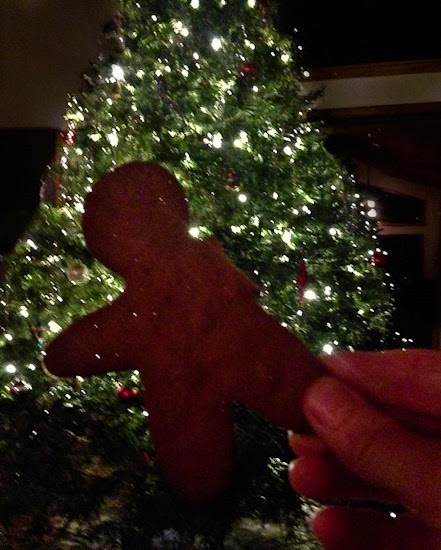 I won’t tell you what I made for Christmas Eve dinner,  but Pilot Guy has touched my heart with his little dinner inspired po-em, simultaneously supplying you with a whimsical hint:


I know a place where food magic abounds
where faeries queue up for their sugar plums, without making a sound,
where tri-colored beagles, each one to a cup, sprinkle nutmeg on nogmugs, then line them all up.
A place for pork tummies to get pampered just so,
why, they're swimming in sour cherries, wouldn't you know!
And apples of earth, taters by name, are sliced so thinly, you'd think it insane.
Through each spudwindow, the next you can see, shaped into a cake, quite perfectly.
Sprouts from the host of EU, here don't get neglected.
They're sliced and sprinkled and perfectly toasted.
Were it not for the myriad other delights, they'd steal the whole show, they are so out of sight.
In case you were worried about leaving the table, without a sweet bite, as if you were able,
there is a confection, just out of view, so dreadfully sinful; if only you could...
wield a utensil, just one final time...
to top off the evening, chocolate and cream!
It's impossibly sultry; so intimate, so deep,
anyone with a soul is brought to a weep...

Do try to guess the menu!

At the very least, surely you can tell it was no small wonder we hauled our still full bellies up Blackett’s Ridge on Christmas Day.

Then we went snowshoeing in Santa Fe…. 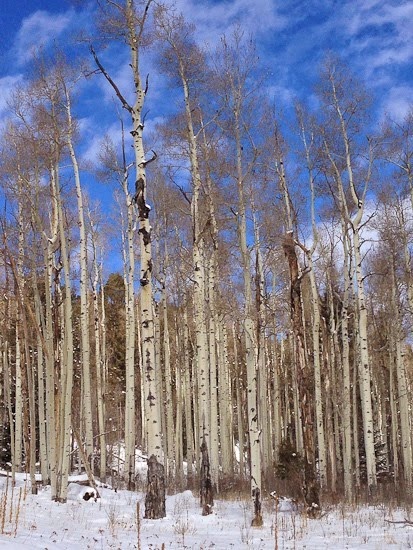 …where it was rather cold. 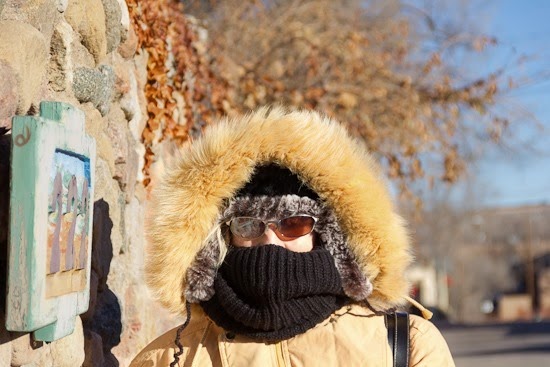 On the way, I dashed in here, in hopes of finding this guy. I didn’t, but I slipped a note in the café’s mail slot.  For the record, Lunch at Tre Rosat in Silver City was notably good. 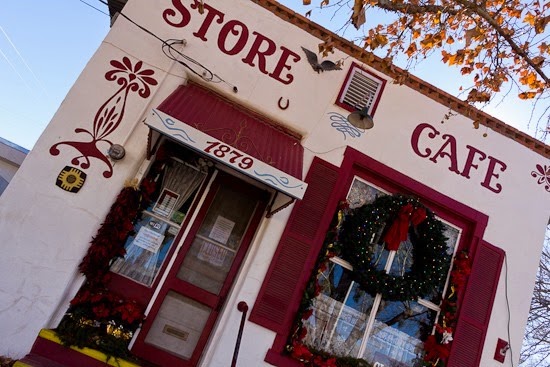 On the way back, we splurged  - one whole dollar each! – to view a roadside attraction I’ve driven past countless times.  No, I can’t possibly tell you what it is. 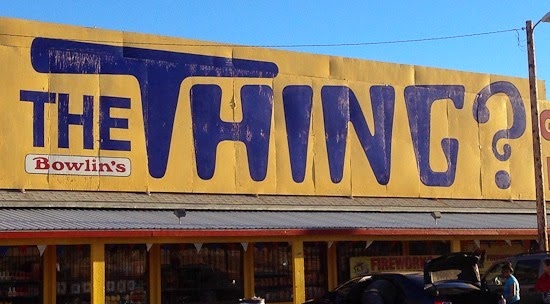 Then another hike in Tucson, where, strangely, it felt, but wasn’t, even colder than something-teen degree Santa Fe. 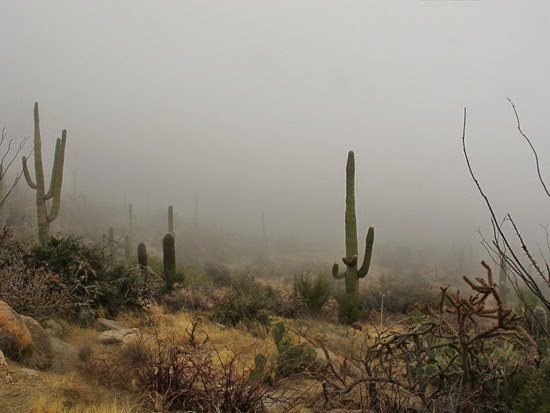 That same evening, we quietly greeted 2015 with fireside fondue and wine, while battling out a Scrabble sudden death tie breaker and watching snow fall in the desert.  Remarkably, I have a Scrabble photo, but no snow in the desert photos. See here for some from our last snow, in 2012. 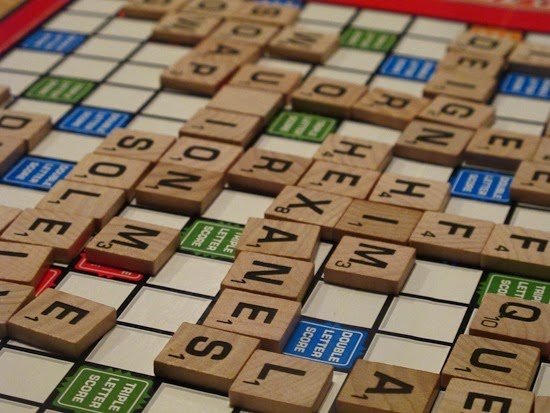 You may have noticed that my holidays were suspiciously devoid of any sort of two wheeled activity. First, there was that incident at the end of October that kept me from riding for a my final week in AZ.  Then  - whoosh! - I was in Miami. Then – whoosh! (again) - I was back!  And ready to roll!  Sadly, the Ducati wasn’t quite so ready. I dutifully connected her to the charger the day before my planned ride, failing to realize – oopsy! - that electrons were not gaily skipping from pig tail connector to battery**.   So when the starting gate opened… well, we weren’t starting. Then – whoosh! (again again) – back to Miami! Then – whoosh! (again again again) – back to Tucson!  But that high maintenance Ducati insists I pull her tank to investigate and hopefully restore electrical integrity***, and there was no time, no time, what with the pumpkin cakes with caramel cream cheese frosting, pork bellies, beagle parades (really!), Santa Fe fine dining****, and, oh yes, the December work schedule of any musician.

But just for a week! (Impending whoosh!) And when I return, there will be time!

God, but I miss riding. Little things unexpectedly tweak my heart. Yesterday, mind elsewhere, I saw a rider on the street out of the corner of my eye do that iconic motorcycle slouch thing that I and surely ever other rider often do when waiting at a light: leaned back, spine curved, right hand on the thigh, left foot on the ground.   The impact of this brute force attack of nostalgia startles me, catches me off guard. It is a wholly unpleasant jolt to my psyche.  I rode how many thousands of miles this summer? Seven? Eight?  Still, these dry spells unsettle me.

I freely admit this is quite possibly my most boring and disconnected post since I started writing in 2007. (2007? Really?) Which is saying something.  Yet I’ve told myself I will not get up from this laptop until I hit the “publish” button, proofreading and obsessive editing be damned.  No doubt this hurts you, dear readers, even more than it hurts me, so I apologize.  I miss writing my little stories and I’ve no idea why I’ve lagged during the past couple of years.  This, too, has been unsettling.  So, like a literary New Year’s resolution public weigh-in, I make this promise to you: By the time we reach  - let’s not be too ambitious! –  Valentine’s Day, I’ll have told you what happened in October, what I did last summer, and have published the first of a “Back Burner” series, either about the 2012 Baja reprise trip via Two Wings, or Grand Bahama on Two Wheels*****.  How’s that?

*Recipe Continuation: As the final coup de grace, you just might make your stuffing in a casserole dish, using turkey fat to sauté your mirepoix, and some of that liquid gold to moisten the bread cubes you dried out yesterday.  Slap a turkey back on top of it while it cooks, for extra yum. Then cram it (the stuffing, not the casserole dish), still hot, in the bird, after they both come out of the oven. You will be have done the impossible: made delicious (and safe!) in-the-bird stuffing, without  overcooking the turkey in sacrifice.   Sneaky, huh?
**Explains that malfunction vest at the North Rim, eh?
***Nothing at all like the good natured Kawi, who only asks that I pop off the seat.
****The cauliflower velouté was the surprise best-in-show at dinner for two at the Coyote Café.
*****Finished on time. But barely!

Email ThisBlogThis!Share to TwitterShare to FacebookShare to Pinterest
Posted by Eating On Two Wheels at 4:42 PM Labels: recipe, Restaurant Review

Oooooh, that Pilot Guy sounds like a keeper, just for the poem ! And, pictures of the beagle parade, please.

DEFINITELY a keeper.
Alas, I have no good beagle parade photos, since it took place after dark. The Southern Arizona Beagle Rescue Group represented in the Tucson Holiday Parade. Molly decided to join in, and - hooray! - my schedule accommodated! We had lovely Christmas lights on her leash, and the song of the beagles was joyous indeed!