March is a time of year when I have to schedule in my showers, and decide which I have time for on any given day, brushing either my hair or teeth. Days off are few and far between (if any) for weeks at a time, so making a trip to a remote lagoon in Baja to pet whales is really not something that comes up.  Except sometimes.

A group of riders, including Phil, from my recent Baja Unadventure, are heading down to the San Ignacio lagoon at the end of the month, and – what? is it possible?- due to some freak alignment of the planets (and jobs), my days off from my four different positions actually coincide this month! Wumph! I sit down hard in my chair in disbelief.  It must be too good to be true.  Of course, it is. Too good to be true. I look at my calendar again, check the map... Arghhh! I don’t have quiiiite enough time to ride the miles, pet the whales (requiring at least one, possibly two, overnight stays), and get back to Tucson before the clock strikes midnight.  But I was so close!!

Sometimes, good things just need a little adjusting to make them true.  Pilot Guy, who has been courting me these past two months*, says coolly, slyly, “Yanno, we could fly down to pet the whales.”  I raise an eyebrow.  It might be a bit early to be hopping in his Bellanca Super Viking for an overnight, but I don’t care. I’m in!  I was so in, I even agreed to get up at 4am** to begin our adventure.

Our wheels are up before the sun,  and we watch it rise as our little aeroplane crosses over the international border.  Immigration and customs laws designate that we must first land in an international port of entry.  Guaymas is beautiful from the air!  Can you believe this? I’m flying in a private plane to Baja to pet whales. I really can’t wrap my brain around it.  I may be wearing sensible adventure appropriate footwear, but I check my feet for glass slippers, just in case.  Nope. I'm good.

Negotiating customs and immigration in Guaymas is a bit of a trick. I speak (some) Spanish, but don’t speak Pilot. Pilot Guy, although obviously well versed in Pilot, is less capable in Spanish. We dance round and round, from window to window, each no more than ten paces from the other, seeking this stamp and that document before we can proceed. I’m not entirely sure, but it sounds like the official at one window is telling us we aren't allowed to fly from Guaymas to the San Ignacio Lagoon.  Huh?  It's something about flight plans, and towered vs. non-towered airports, but I can't discuss the topic intelligently in any language.  We're stumped.  Pilot Guy plays his ace - a call to a pilot friend, who flies to Mexico regularly.  Aha! The the wink and nudge system that, in the US, might have a curious military jet alongside us in no time, wasn't published in the airport directory. Wink and nudge we can, and soon, we’re on our way!

"What do you mean the landing gear won’t go up???"  I suppose this is better than the alternative, but mechanical failure in the air is not the sort of adventure I had in mind when I signed up for this trip.  Pilot Guy starts to circle, and checks in with the folks on the ground.  But before we’ve landed to investigate the problem….Oopsy!   Pilot Guy was right when he said you don’t so much get in a Bellanca as wear it.  During my clumsy entry when departing Guaymas, I’d inadvertently deployed the emergency landing gear switch.  It’s always good to test your equipment, I suppose. 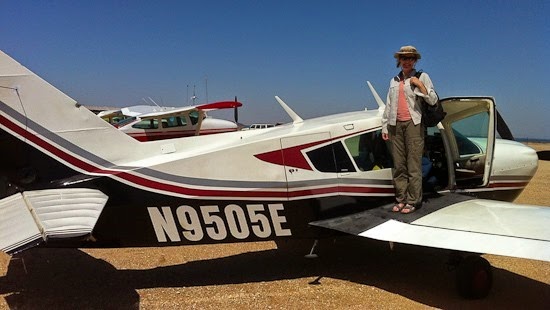 Today was definitely the latter.  This is an airport?  It’s simply a little dirt landing strip and a shack of sorts. But it works for us! 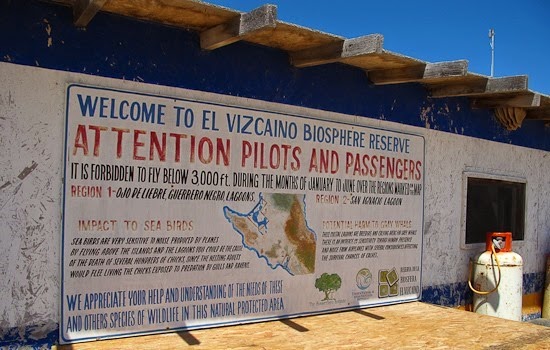 Our boat is also more safari than rock star.  Our captain pulls it to shore. 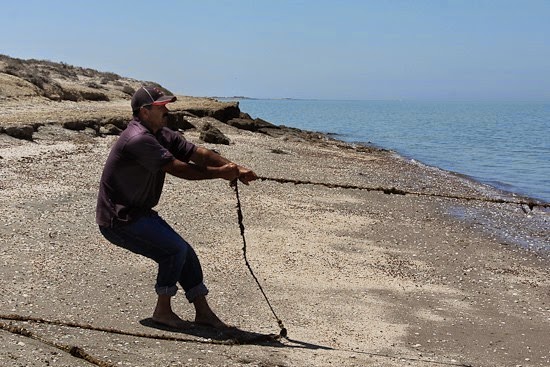 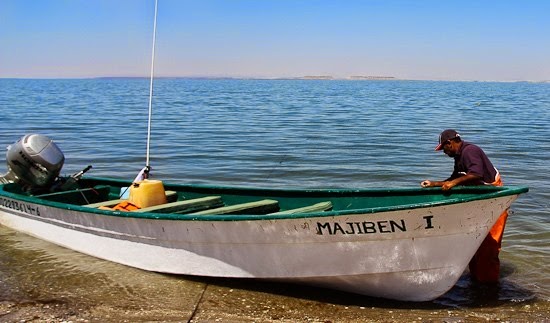 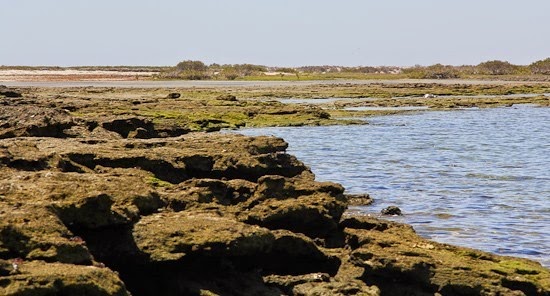 … and before long the whales show themselves. A flipper here…

… part of a tail fluke there. 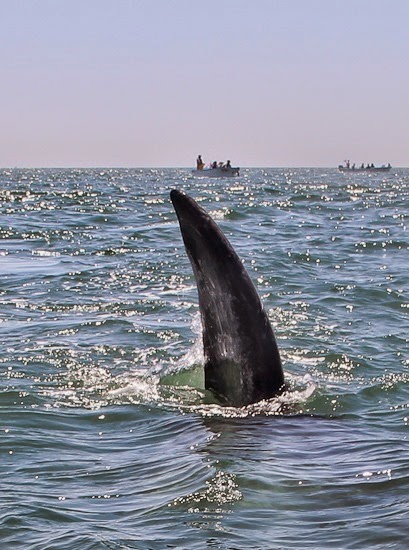 Ahoy!  Friend or foe?  Dolphins, too, are leaping about, twice as high as I’ve ever seen them do at Sea World.  I’m spellbound and nearly mute with emotion.  Still, I have no idea what I’m about to experience. 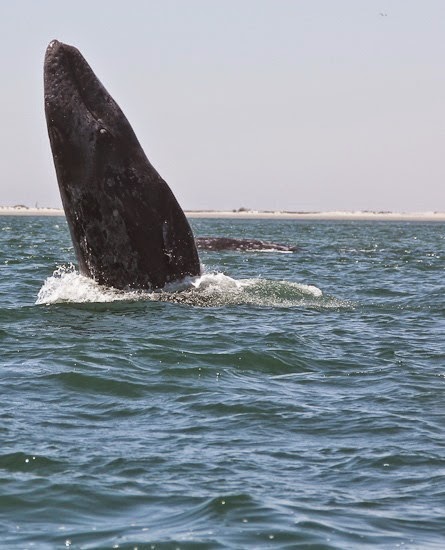 They are so friendly and curious, that they mob our little boat. There are 3, 4, 5… all within reach, nearly too close to photograph. Who’s watching who?, I wonder. 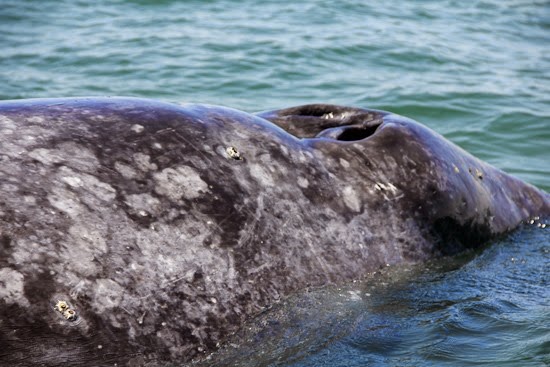 Indeed, I am petting whales - whales far bigger than our little boat. They roll beneath my fingertips, we look each other curiously in the eye, and breathe the same air.  Mothers push their calves towards us, as if for our inspection.  “They feel just like olives!” observes Pilot Guy. He’s absolutely right! 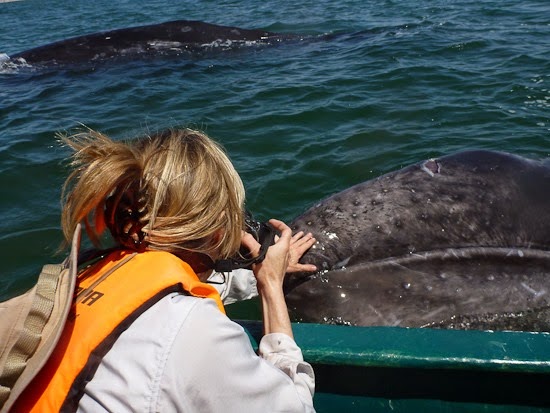 Whoosh! I catch a direct blast from a blowhole and sputter. 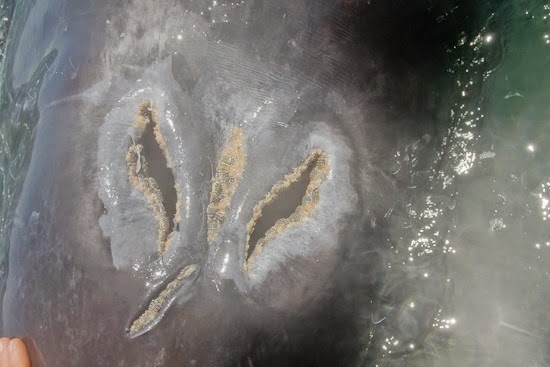 They roll out of the water and look us. I try in vain to catch their eyes with the camera lens.

Our captain’s wife prepares lunch for us. Eight hours bottle to throttle, says the law.  We’re not flying again until tomorrow, so a beer is perfectly okay, too.

A reconnaissance flyover before landing at the lagoon revealed that the airstrip closer to the town of San Ignacio was obscured with shrubbery. We would be okay to land there, but the Bellanca wouldn't!  Perhaps it's best we hire an SUV to take us across the strange landscape and into town.  There are things to see there, too… 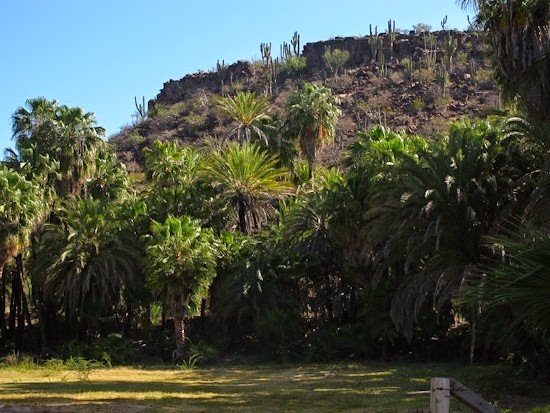 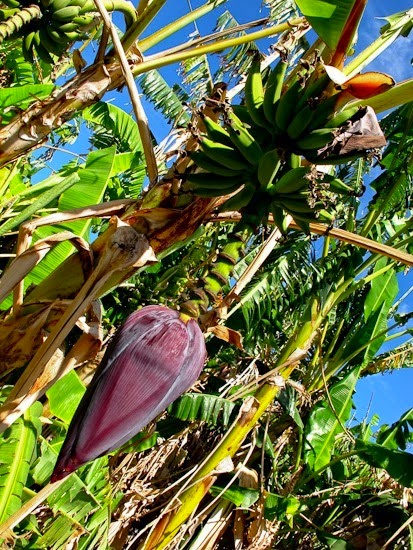 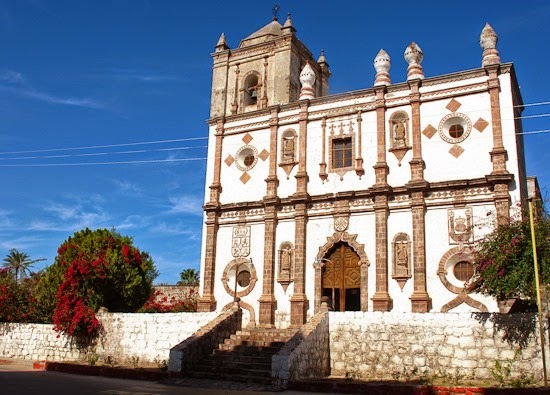 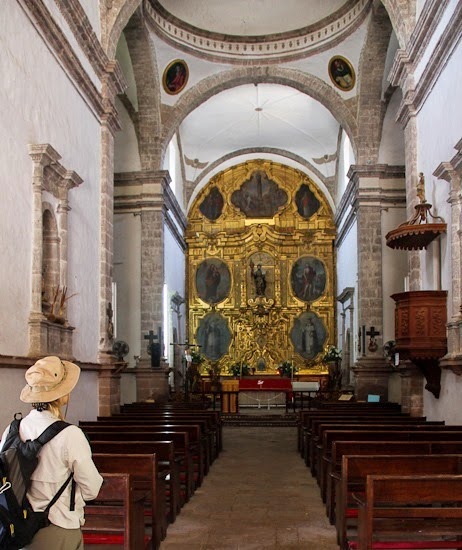 We try to hunt down the riders at Ignacio Springs, but communication is too difficult here. We savor an amazing date shake near the oasis, instead.

The next morning, we're pretty sure we can spot whales from the air.  The watery loops below us are mesmerizing, like misty contrails melting into the sea. 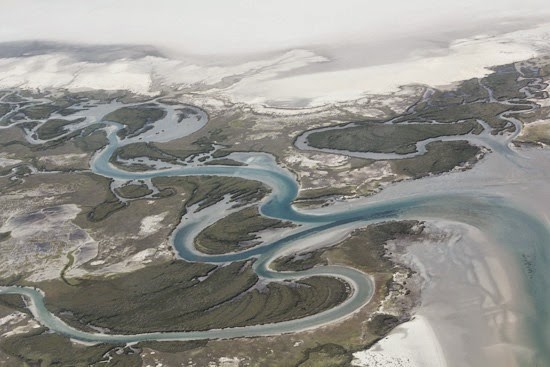 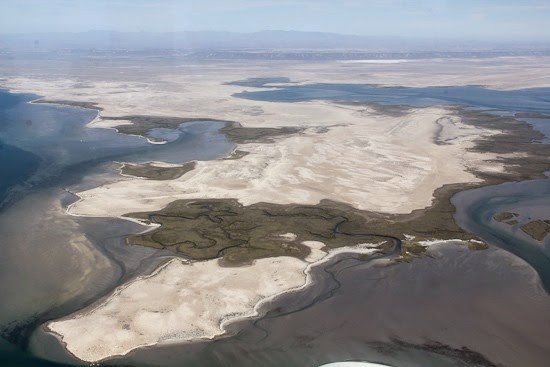 
This is as good as it gets, I think to myself.  Without a motorcycle, anyway.
________________________________________
A fascinating article in the New York Times describes the behavior exhibited by these mysterious creatures, specifically when nursing their young in the San Ignacio Lagoon.   I encourage you to read it. When I came across this poignant story back in 2006, eyes nearly brimming over, I had no idea one day I would experience it all myself.

*Pilot Guy was quite the patient man when we met. Dating during the busy season? Hah! I literally said things like “I can meet you for coffee for 20 minutes a week from Wednesday, if that works for you.”  Not to mention the fact I was ready to ditch him for a motorcycle ride to Baja on my first days off since meeting him.  Lucky for me, he stuck with it.
**No small feat for the work weary sleep deprived musician who was working mornings and nights.