Here it is, friends, the holy grail of the plant kingdom. More precious than saffron, more elusive than the Italian White Truffle...

it is The Perfect Tomato. 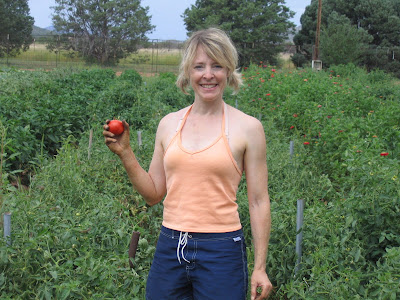 Yes, these are as good as Grandpa's, as good as those from Gary's farm in Utah. And they're right here in Southern, AZ about 70 miles from my house. (Well, if one chooses to take the scenic motorcycle fun route, it's substantially further.) I came to meet Jim Dumas of Richcrest Farms in a prophetic fashion, befitting to the singular event of coming across this seemingly endangered species. An SOS email written by him hit my inbox, wisely forwarded by a friend. Up to his eyeballs in ripening produce, with not enough help at the farm, he put out the call to all he knew. Come out and can! He would provide the produce and the use of his fully equipped commercial kitchen free of charge as well as a host of canning jars, if we would put in the labor of picking, prepping and preserving anything and everything that was ripe that day. His fee was 50% of the finished product. Woo hoo! I was SO there! People of all sorts came from far and wide for this two day project. Despite it being an interesting sociological study on the "too many cooks in the kitchen" phenomenon, our productivity was impressive. We made soup, salsa, pickles, hot sauce, we preserved zucchini, peppers, eggplant, onions....

I was the first to arrive that morning and got a nice tour of the farm. Here are a few things I saw above and beyond the expected fields of crops (organic, even!). 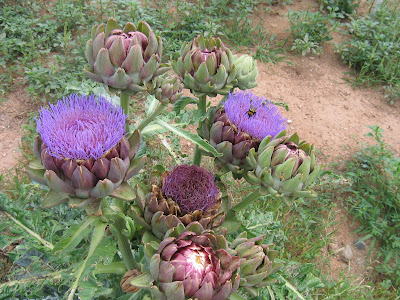 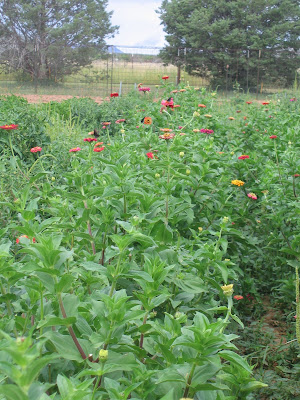 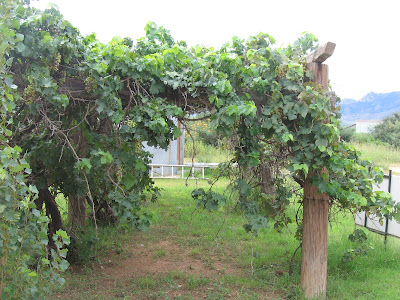 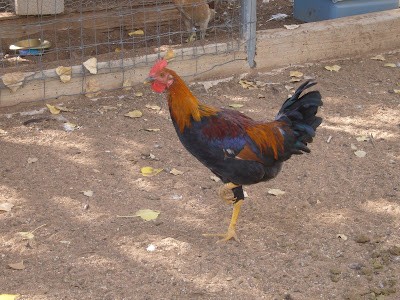 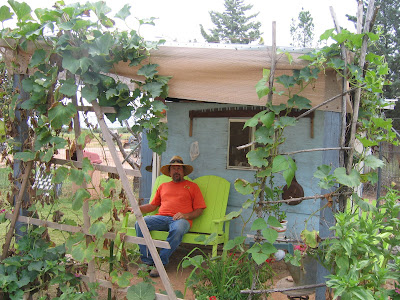 Last week I cracked open a jar of salsa. It was just way too good to be served as a mere condiment. I poured the entire jar into a bowl and called it gazpacho. Ahhh - sunshine in a bowl. I'd never had better. It confirmed that the canning party was a complete and total success. Except...

...nary a jar of pure unadulterated tomatoes!

Today I returned to the farm to correct this grave omission. Here I am in Farmer Jim's kitchen, canning almost 30 lbs of deliciousness. 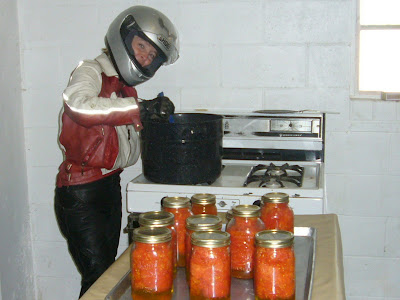 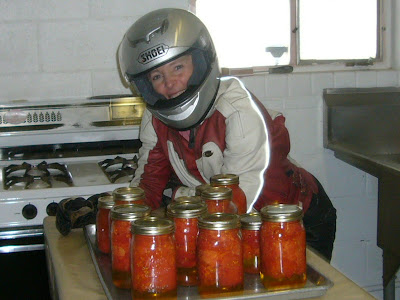 NOW I can sleep.

YES! I love these pictures. I might have spent much more time in the kitchen if I'd thought to wear my gear. chuckle.