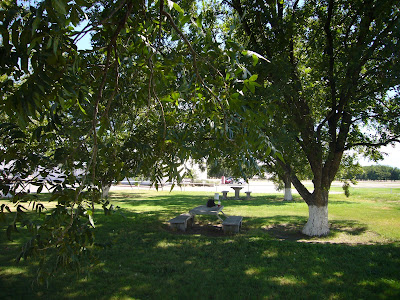 Who knew that the "world's largest irrigated pecan orchard" is a mere 20 miles south of Tucson? I didn't, until a spread about it in the local paper caught my eye. The Green Valley Pecan Company, located not in Green Valley, but in Sahuarita, AZ, has over 6,000 acres of trees. They provide pecans to such companies as Hershey's, Ghirardelli, and even Costco! That's a lot of nuts. I thought a visit to the orchard would make for a fun little day trip, and indeed it did. I was hoping for a bit of a tour, but I was told that the facility wasn't set up for that sort of thing. But the nice ladies in the shop were kind enough to answer all sorts of questions and I did get to watch a little video. I guess not too many people grill them about the life of a pecan as much as I did - eventually they gave me a quizzical look and asked "Are you writing a research paper?" I had to laugh and admit, that no, I wasn't, I was just a geek. I picked up a nice bag of organic nuts. Given the amount of entertainment I've gotten from them already (and I haven't even made anything with them yet) they were quite a bargain at $10.

I couldn't help but take a detour through Saguaro National Park (Eastern Division) on my way home. 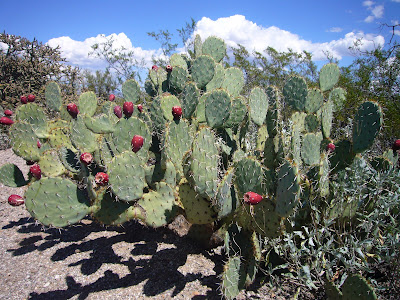 Hmm - looks like the prickly pears are ripe for the picking...