What I Did Last Summer - Part One (Utah Scenic Highway 12)

I bought a computer last summer. Which means, for most of the summer, I did not HAVE a computer. Which is why I never told you what I did. Sooo... before THIS summer begins, I'll quickly recap Summer 2009. It began with my realization upon my arrival to Logan, UT, that I had dropped my moto keys over 200 miles back, and was not able to unload it from my trailer without driving an extra 450 miles. Applaud my excellence!

Then I went to Bryce Canyon. Via Bear Lake and the Uintas. (Excellent for real!) 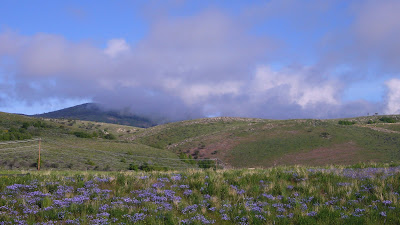 Lots of people think driving across Wyoming is boring. Maybe it's because I'm from CT, but this landscape never fails to amaze me. 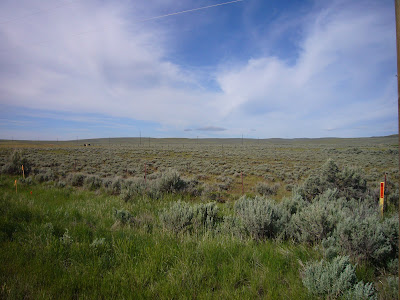 Approaching the Unitas! Super-cool, since they have evaded me for a few years in a row, thanks to scheduling snafus and a leaky fuel valve. (Thank you, Steve, for putting together my trailer and driving my car waaaay out to Evanston, WY, to rescue me and my fuel-spewing motorcycle that time... you earned your paella "thank you" dinner many times over!) 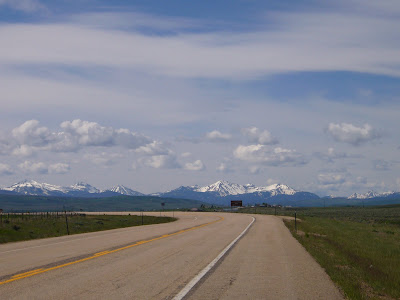 Hello Mirror Lake Scenic Byway! Here I am at the top - Bald Mountain Pass. I thought I'd spend the night in the Unitas, but it's not even lunchtime, so I enjoy this fun road and continue on my way. (Plus there's still way too much snow for camping, although this picture doesn't really demonstrate that fact.) 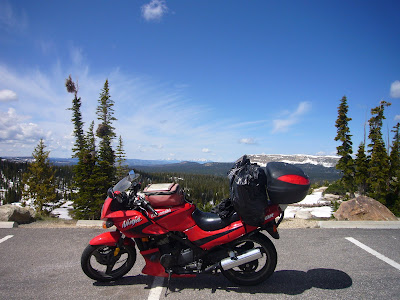 I go. And I go. And I look at the threatening sky and skirt this storm. And that one. Almost 450 miles later, I find myself at Red Canyon campground, right next to Bryce Canyon National Park. Yay! For those not in the know, 435 miles on moto in one day is nothing to sneeze at. It was a record for me, actually. There's no way you can compare it to 435 miles in a car.
No. Way. At. All.

Here's a little walk on the Birdseye Trail at Red Canyon Campground.

The next morning - Bryce Canyon (Natural Bridge and Bryce Point shown here). I've never seen anything like it! Extraordinary! I can't believe I didn't make the time to hike it, but I had more important plans for this trip... 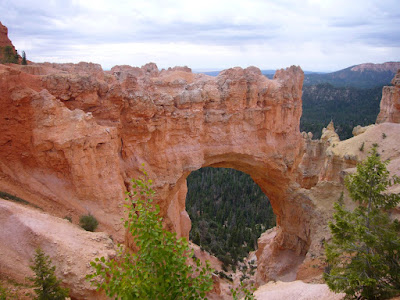 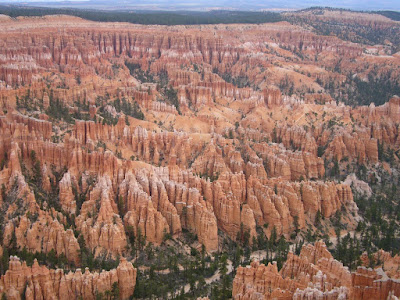 ...specifically speaking, the wondrous Highway 12, mecca for motorcyclists the world over. I've been a passenger there before, but this time it was MY turn at the helm. At the other end? Cafe Diablo, fancy, fancy, yummy, yummy food. I have fond memories of their Rattlesnake Cakes, and I was eager for a repeat performance from them.

It rained. A lot. The whole way. Accompanied by the boom and flash of exciting (terrifying?) storms.


Sigh. So much for testing my "sport" skills. But my uber-cool rain suit passed with flying colors! So did my until now un-tested riding-in-scary-weather skills! (There'd be more of that in my future, oh yes.) Not so for my makeshift tank bag cover, a.k.a. hotel shower cap. That blew off in, oh, 45 seconds. The fine folks at the Capitol Reef Inn and Cafe supplied me with some satisfying fish and chips and peach pie, along with some replacement hefty bags, which was my keep-the-luggage-dry method at that point. You'll find out why I don't do that any more during "What I Did Last Summer Part Five."

I reach Utah Lake State Park and the skies cleared up to at least let me set up camp in dry weather. The campground host says "Do you have insect repellent? You're going to need it." He wasn't kidding. I did, except the bottle was empty. Again, you may applaud my excellence! 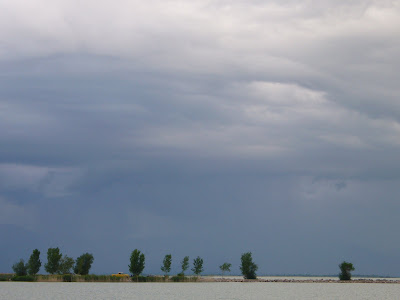 What's that? You can't see it? My point exactly. The road up Mt. Timpanogos looks like it was made by and for a pack of Shriners. You know, the guys that ride those teeeny tricycles wearing fezes? The road is reeeallly narrow. And reeeallly twisty. Which is, of course, exactly why I wanted to ride it. But not in that weather, no thank you, I'll pass. I'm only so stupid. Or so I thought. I did, basically, just that, on another trip which I'll tell you about later.


Update: Timpanogos wasn't completely lost to me. I made it there, on a lovely day, about a month later. Here I am! 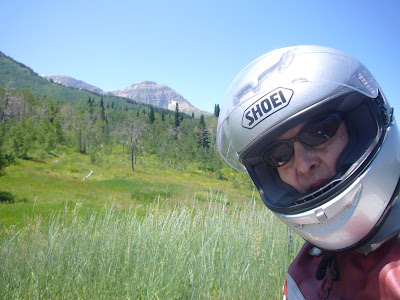