Here's dinner the night before. It's not really relevant to my story, but it's another food photo with my new camera. It's a Canon G11, if you're curious - not a fancy (expensive!) dSLR, but definitely an upgrade from my broken Lumix. For the record I made the tortillas (with lard, thank you), the refried beans (using those dried Scarlet Runner Beans I mentioned earlier, never canned beans - it makes a difference!, and again with lard, again, thank you), the salsa, and everything else you see on the plate. Well, except the yogurt stand in for the sour cream. I guess I did strain it myself rather than paying for Greek style yogurt, for what it's worth. Yes, I did say I used lard, people. It's not all that much. And certain things should just not be messed with. If it helps (and it probably doesn't), I rendered the lard myself. That white brick of stuff in the grocery does not qualify as a food item in my book. Oh, right, to be fair, I didn't make the cheese, which you can't see, so I guess my earlier statement still holds true. Goodness, I'm getting off track, aren't I? 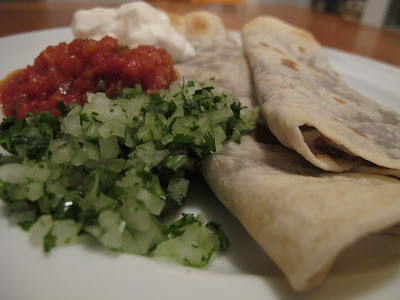 ANYWAY, I had some business to do at the French Consulate. (I have dual citizenship - USA and French.) French bureaucracy has got to be the 8th (dubious) wonder of the world. Try this on for size: anytime I need a French birth certificate, it has to be one issued in the past 3 or 6 months (depending.) The certificate gets mailed from France. I was born in the US.
This photo doesn't show the half of it. 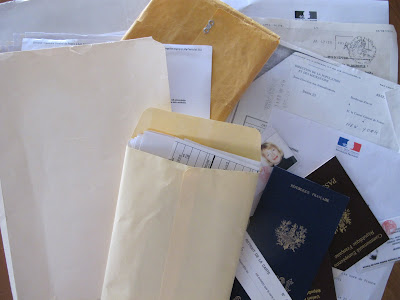 Picked up some dinner at Deluca Trattoria in El Segundo (chosen for its location, my tight schedule, and a recommendation by, for all intents and purposes, a total stranger). Not earth shattering, but perfectly respectable. If an Italian restaurant wants to win the OMG Award from me, it better be making its own pasta. But, still, a perfectly enjoyable meal located on a charming block of Richmond Street. 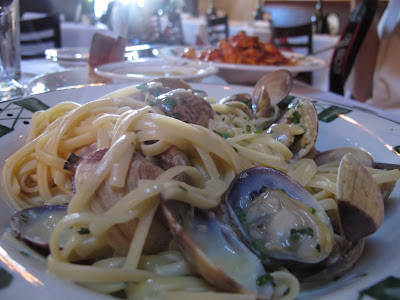 While on the coast, any desert dweller must order seafood (see above) AND has to at least get her feet wet. Here's a rather unflattering self portrait at the nearby Dockweiler Beach State Park. 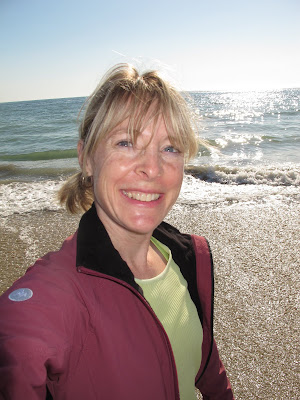 And then a little shopping. Anyone that knows me will recognize this last sentence as suspect. I do NOT shop. I hate it and it often reduces me to tears. Well, except for grocery shopping. That's fun.

I picked up one of these. What the heck, right?

Nice bike, baby! Don't get me started about the French consulate! For Kim's exchange to France, we had to drive to San fran to make a personal f$%^!ing appearance for her to get her Visa, which thank God she got. Lard? As you know, it is not about what you eat, it is about how much of it you eat. As you say, use the good stuff and the right stuff....all in moderation!
Todd