Lest I lose one of my, oh let’s say ten readers, I thought I should post something up.  Yes, I am supposedly in the midst of a “12 Days of Christmas” series, but I’m also in the midst of the busiest three months of work (possibly about to become four months) I’ve ever had in my life (why is my wallet not correspondingly full?), and although I have been doing some behind the scenes work on this series, you already know that I’ve still only put up the first two installments.  Perhaps I’ll get them done by May, at which time I can start telling you about what I did last summer.  Sound familiar?

Anyway, here’s what I haven’t been doing:

Here’s what I have been doing: 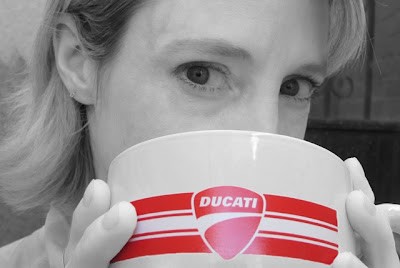 For the record, this is my morning coffee set up.  It’s a “Brikka” pot, which is basically an old fashioned stove top moka pot (no, I don’t care what anyone says, espresso can not be made stovetop, not even by Jesus), with a funny little pressure valve inside that somewhat approximates the crema of an actual espresso. 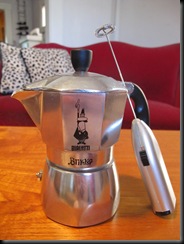 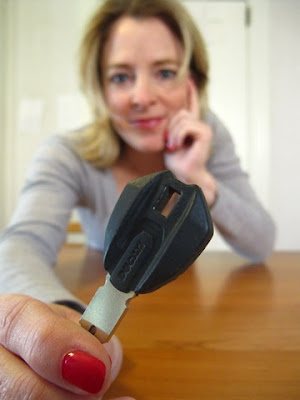 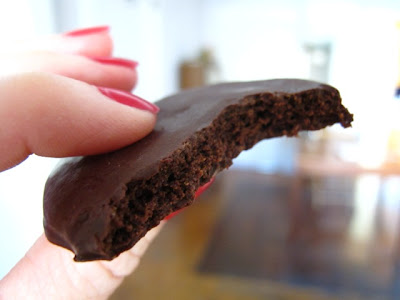 Here's a photo from one of the days I was stocking my freezer for this very moment.  A double batch of ravioli - some pumpkin, the other mushroom.  Now you know what I'm having for dinner tonight.  But you don't know which variety, do you?  A girl has to have some secrets. 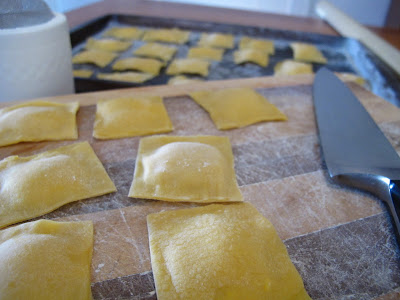 Okay, this post took all of ten minutes.  That constitutes my work break for the day.  Back to it.

* I should say I am really, REALLY grateful to have all this work, and am finding it quite rewarding.  Just so you know.
**Incidentally, my nails are rarely (that means never) long, much less red.  It was a colliding set of unusual circumstances that led to this state.  I kept looking at them with a strange sense of fascination, both good and bad.  In any case, I find them so odd, and to be such a gross mis-representation of myself, that I couldn’t post these pictures without mentioning it.  For the record, the nail polish has since been removed.  The nails will likely break before I hit the "publish post" button.